The University of Missouri Power Plant has been the source of steam and electricity for the University of Missouri campus for over 85 years. Established in 1923, the plant began with only four coal burning boilers and two steam turbines. The plant now has six boilers, four steam turbine generators, two gas turbine generators, and five deep wells. The wells supply the water for the steam generators. Changes in the plants facilities, equipment, and processes can be attributed to advancements in technology but also to a greater emphasis on environmental protection. In 1923 there was little government oversight and intervention related to the workings of the plant, however certain laws and regulations are now in place to encourage the use of renewable resources and energy conservation. Changing public opinion about the protection of natural resources also plays a part in the implementation of more environmentally friendly techniques at the coal-powered plant.

The MU Power Plant is making great strides in its efforts to reduce its impact on the environment and most of their research and development is not something mandated by the government but simply endeavors they chose to take on. The use of biomass fuels, including grasses, crop waste, corn cobs, and wood chips, is something that the plant is currently vigorously researching. The use of these biomass fuels in place of coal would greatly reduce fuel costs and greenhouse gas emissions. The MU Power Plant is also involved in educating the community on topics such as renewable resources, energy conservation, and sustainability. Students from all levels of education are welcome to tour the plant. 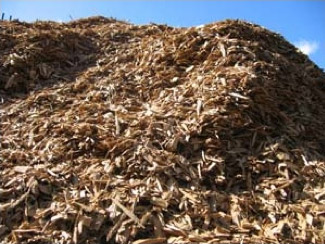 Although this coal-powered plant does, in fact, have a large impact on the environment, for now it is the campus main source of energy, so without it, there is no University of Missouri. From their intensive research and development with biomass fuels to their community outreach and education, the MU Power Plant is headed in the right direction to becoming a greener plant.

The MU Power Plants current focus is on finding alternatives to burning fossil fuels. They have recently submitted applications to the United States Department of Agriculture and the Department of Energy in hopes of receiving more funding to continue researching biomass fuel. Biomass fuel is an organic material that can burn or decompose and through that process, produce energy. The picture above is of one type of biomass, crop waste, specifically corn cobs. Biomass fuels can be used to produce electricity, liquid, solid and gaseous fuels, heat, chemicals and other materials. The MU Power Plant is experimenting with grasses, crop waste, and wood chips. Experiments have been conducted with grass but its primary disadvantage is that it is hard to store and handle. Combustion tests have been conducted on mixtures of corn cobs and coal. Corn cobs are a promising fuel alternative because of the availability and abundance of corn grown in the mid-Missouri area, the cobs heating significance compared to other biomass fuels, and the minimal preparation needed for combustion in the plants boilers. Corn cobs are also beneficial because utilizing them as biomass fuel supports local farmers and lowers the fuel cost for the plant and the University. Leon Schumacher, an MU engineering professor and expert in renewable energy, states “And we’ll have a renewable product. Something that we don’t have to go and open up a bunch more ground and pull some more coal out of. 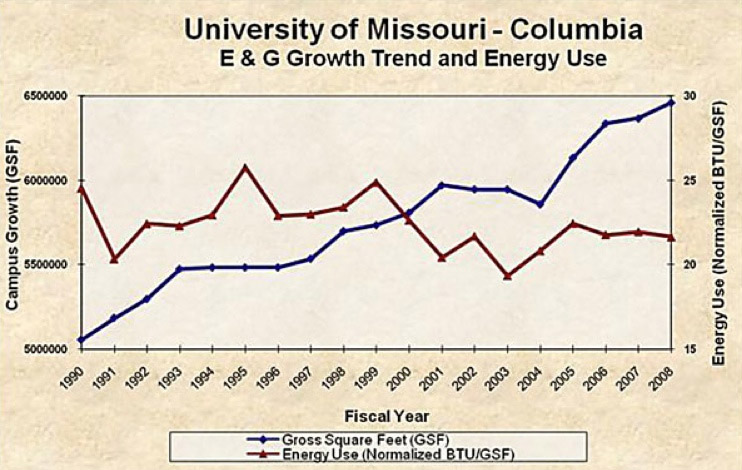 Wood chips are already being used in combination with coal at the plant. The wood chips replace about five percent of the 175,000 tons of coal burned annually. “The wood burns cleaner than coal, so there is less emissions and it’s just a win win situation,” said Phil Shocklee, University of Missouri. If 7,000 tons of wood chips are burned annually, emissions from the power plant will decrease approximately four percent. Along with a decrease of emissions, using woodchips will also reduce the Universitys fuel bill by about 50,000 dollars.

Our biomass development program at MU will continue to evolve over time based on the availability of viable biomass fuels, said Gregg Coffin, superintendent of the power plant. The MU power plant is doing this solely on a voluntary basis. There are no regulations that tell us that we have to start using biomass. Using biomass reduces the plant’s fuel costs, and it improves the environment.

The MU Power Plant also uses discarded tires as fuel. The tires are not biomass, but burning tires does replace about 20 percent of the coal that would be used. The tires are referred to as tire-derived fuel, or TDFs. Over 3,500 tons of tires are burned each year, reducing the fuel costs for the plant and the University but more importantly reducing the amount of greenhouse gases put into the atmosphere, because tires burn much cleaner than coal. The University of Missouri is the only one of a few universities in the nation to burn tire-derived fuel on a full-time basis and as part of a regular program. TDF has 20 percent more heating value than coal, 50 percent less sulfur, and saves MU around 300,000 dollars annually.

The MU Power Plant, along with MUs College of Agriculture, Food and Natural Resources, MU Extension, College of Engineering, and local industries, have made great improvements in energy conservation and obtaining and utilizing alternative fuel resources. The graph on the previous page illustrates that with the growth of the campus, energy use has actually decreased. While campus Educational & General (E&G) building space has increased by 28 percent since 1990, energy consumption has been reduced by 12 percent per square foot. This improvement is due to new technology, a better informed campus community, and a proactive power plant.

For more information about the University of Missouri’s Power Plant and alternative energy visit, these websites: