Columbia Missouri is getting bigger in every aspect. From parking lots to mega apartment complexes Columbia is expanding its borders constantly. Because of this rapid growth there are many effects of the construction that takes place daily in multiple regions of this city. The reason for all of the construction is the inflow of people from the surrounding cities and states. More people more cars and more cars means more air-borne pollution. Having a major university in the heart of Columbia does not help the air or soil with a student body of over 35,000. If not corrected, these emissions such as fugitive dust can lead to large problems in our environment. 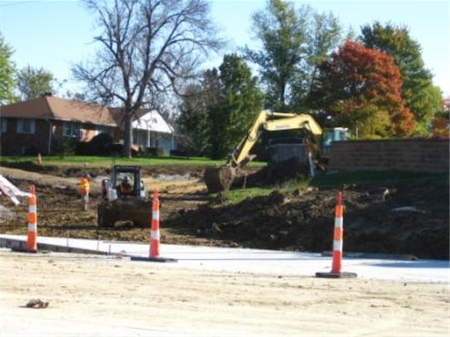 Figure 1: Construction at the intersection of Smiley and Rangeline in Columbia, MO.
Photo by Marie Kersey

Construction occurs almost 24 hours a day in Columbia Missouri. Currently just driving around you can observe a new parking lot going up in the heart of downtown, and at night there is usually a lane blocked off for repaving or concrete work on bridges that are in need of repair. Quite often roads are the major form of construction in any city, many of them new. When a new road is being laid, it usually requires millions of gallons of concrete. When the concrete hardens it has to be cut by a concrete saw so that as it changes in temperature it can expand and contract. When the workers are sawing there is a large amount of dust that is blown up into the air from the saw and this is called fugitive dust. Fugitive dust is a type of nonpoint source air pollution  airborne particles that do not originate from a specific point such as a gravel quarry or grain mill according to Ferguson, Downs and Pfost. These particles are very dangerous. Fugitive dust particles most significant to human health are particles ten micrometers (?m) in diameter or smaller, while the average human hair is 70 ?m in diameter. Due to its very small size and weight, when inhaled, particulate matter can travel to deep parts of the lungs and remain there, contributing to respiratory illness, lung damage, and even premature death in sensitive individuals. Adverse health effects from concrete or cement are generally the result of exposure through skin contact, eye contact or inhalation.

Skin Contact getting cement dust or wet concrete on your skin can cause burns, rashes, and skin irritations. Sometimes workers become allergic if theyve had skin contact with cement over a long period of time.

Eye Contact getting concrete or cement dust in your eyes may cause immediate or delayed irritation of the eyes. Depending upon how much and for how long you get the dust in your eyes, effects to your eyes can range from redness to painful chemical burns.

Inhalation inhaling cement dust may occur when workers empty bags of cement to make concrete. When sanding, grinding, cutting, drilling or breaking up concrete, the dust generated has the same hazards as the dust from cement. Exposure to cement or concrete dust can cause nose and throat irritation. Long term exposure to concrete dust containing crystalline silica can lead to a disabling lung disease called silicosis. 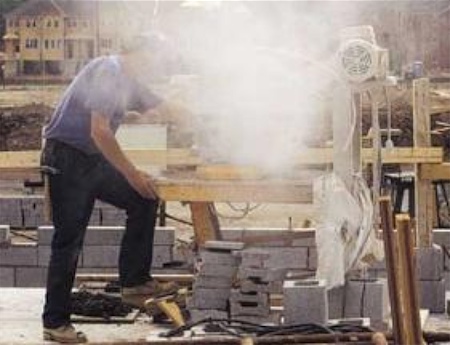 Figure 2: Fugitive dust blown into the air from a concrete saw.
(Slate Health and Safety)

Coal is an issue just as fugitive dust is in Columbia, with the University of Missouri using more that 48,000 tons of coal in 2007 according to Zagier. The coal is used to generate electricity for all of the students, faculty and staff at the University. Even when the students are gone for the summer, coal is being used to power most of Columbia and the rest of the nation. The Energy Information Administration reports that coal produces 36 percent of energy-related carbon dioxide emissions in the U.S. and creates half of the electricity generated in the nation. With Columbias current expansion rate the amount of coal used in the city to generate electricity could go up. There is a light at the end of the tunnel. The university’s new $60 million to $70 million biomass boiler is set to be running by 2012 and will burn only biomass.

Steve Burdic, the University of Missouris Sustainability Coordinator, said the boiler would replace about 25 percent of the coal. This is exactly what is needed to reduce the current flow of coal usage and in comparison to other states Missouri has a very low emission: 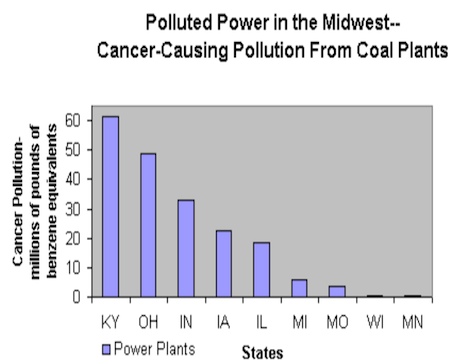 Vehicles in Columbia pollute just as much as anywhere else. There are pollutants and toxins in vehicle emissions and they can cause damage to people directly by releasing gases that can be inhaled. Some examples of these toxic gases are:

Rain is the main cause for pollution to enter rivers and causes much erosion which can affect all soil in Missouri.

When fugitive dust is released into the atmosphere it can remain there for days, even weeks. If it were to rain then some particulate matter, depending on the nature of the particulate matter, could come into contact with the moisture in the air and they could mix and then be introduced to the local surrounding soil causing contamination and pH imbalance.

While fugitive dust and coal are problems that not only Columbia but many cities endure, there are some solutions that are beginning to show. The biomass boiler that the University is installing will be economically and environmentally friendly. As far as fugitive dust goes, the machines that are used during construction, as well as concrete saws are beginning to incorporate water to decrease the amount of fugitive dust that is blown into the air.