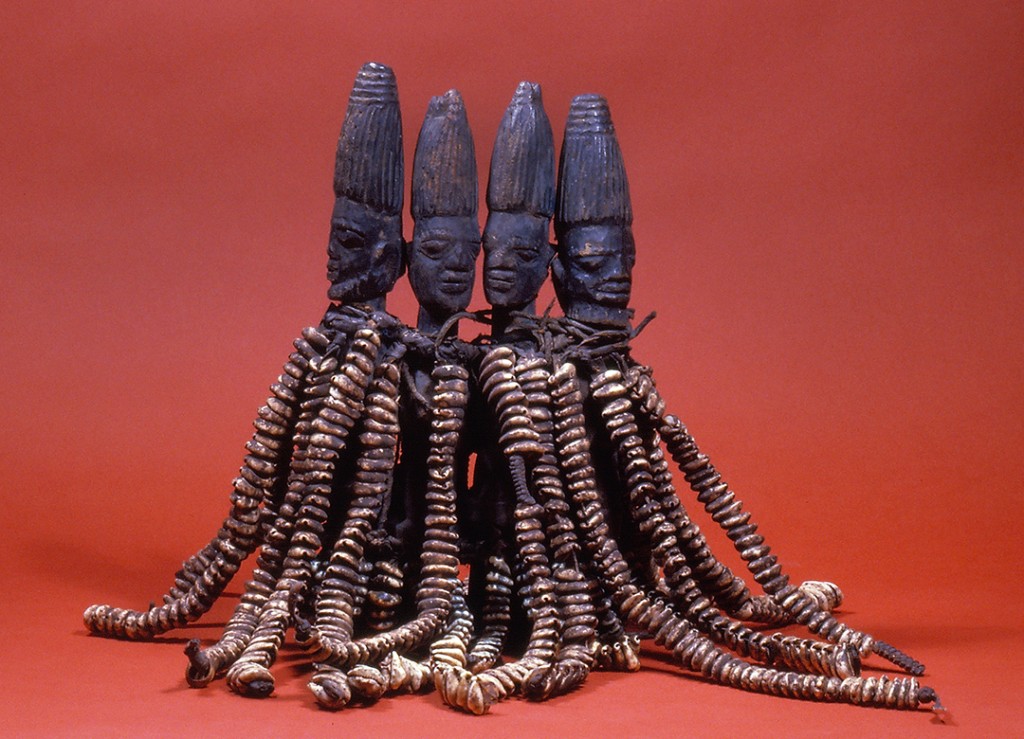 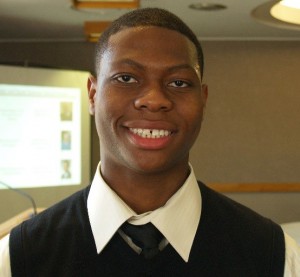 James is a sophomore at the University of Missouri, majoring in Biology with a Pre-Pharmacy emphasis. James served as Vice President of African Students Association this school year. He enjoyed taking early African history here and learned more about his Nigerian culture as well as other cultures of Africa. Aside from school related activities, James enjoys playing and watching soccer as well as listening to music.

In modern times, twins are known to originate from the same zygote and form into two embryos. To some families, having twins is a blessing, while to others it can be a very stressful burden. Twins had unique roles in many West African cultures in the Iron Age, a period in spanning from the first millennium to the 19th century. The Igbo speaking-people of southeast Nigeria, for example, feared the birth of twins. By contrast, their Yoruba neighbors, in southwest Nigeria, praised the birth of twins. The Yoruba Ibeji statue at the University of Missouri Museum of Art and Archaeology helps me further understand the role of twins in West African society during the Iron Age.

Igbo society viewed twins as a bad omen sent by the “Gods.” They considered twins as supernatural beings that could bring devastation upon society. In Chinua Achebe’s acclaimed novel, Things Fall Apart, I learn that the Earth goddess had decreed that twins “were an offence on the land and must be destroyed. And if the clan did not exact punishment for an offense against the great goddess, her wrath was loosed on all the land and not just on the offender” (Achebe, 1994, p. 125).  As a consequence, whenever twins were born, their parents had to leave them at the “Evil Forest” to die. According to Achebe, “twins were put in earthenware pots and thrown away in the forest” (Achebe, 1994, p. 61).

Unlike the Igbo, the Yoruba saw twins to be of great importance. In the Yoruba language, twins are called “Ibeji” (Mobolade, 1997, p. 14). The first-born twin is usually named “Taiyewo” and the second is named “Kehinde.” In Yoruba religion, twins are believed to be under the protection of Shango, the God of thunder and lightning. The twins were highly looked after and treated with honor. The communities in which they were born, for example, honored twins with a monthly feast. The Yoruba also believed that twins had supernatural powers that could increase their parents’ wealth. However, if twin siblings were neglected, one or both of them would become severely ill and potentially die. If this happened, misfortune would be brought upon their parents and the entire community. Twins were just as important in death as they were in life. When one or both of the twins died, an Ibeji statue would be carved out in their memory. The parents would treat these statues as if they were the living children by singing to them as well as feeding and caring for them. Parents that failed to take care of the Ibeji statues would suffer consequences such as poverty and illness (Mobolade, 1997).

The Ibeji statute available at the Museum of Art and Archaeology is a valuable record of this Yoruba cultural practice and belief. The museum’s Ibeji statue was carved out of wood and had a bead necklace made from terracotta clay. Although West Africa was rich in gold, the craftsman preferred to build them with bronze or wood. Wood and terracotta were abundant in West Africa during the Iron Age. However, bronze, an alloy of copper and tin, was not available, and copper in particular had to be imported from North Africa and Asia through commercial routes extending across the Sahara Desert (Shillington, 2012). West Africans valued copper highly and purchased it with gold dust in addition to other commodities produced in the region. Also, the metal’s color matched the skin color of the people living in the region, and this quality must have played an important role in craftsmen’s preference for building their statues with copper.

In conclusion, during the Iron Age, twins played an important, spiritual role among several societies of West Africa. Some societies, such as the Igbo, killed twins out of a greater fear. The Yoruba loved twins and worshipped them as Gods, knowing that if they did not, the consequences would be dire. The Yoruba Ibeji statues of worship were crafted from wood and stained with imported metal to resemble Africans’ skin color. They provide us with a valuable record of Africans’ religious beliefs involving the birth of twins. The reasons why different cultures in West Africa had different views on how twins were to be treated varied according to their own religious beliefs. They may have interpreted these beliefs differently from one generation to another, but – whether seen as good or evil – twins remained as important spiritual figures among many African cultures during the Iron Age.