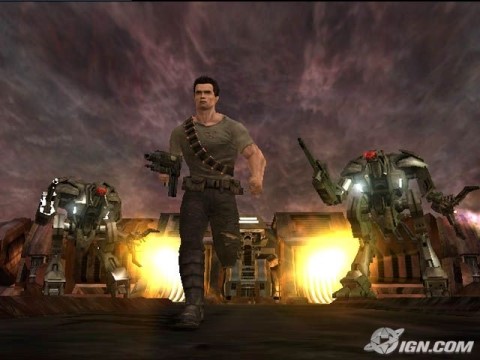 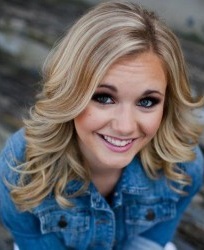 Katelynne Goldie Sue Cox was born and raised in Washington State. Being a worthy example for her 7 younger siblings has always been something very important to her. She enjoys playing football, soccer, and singing. She has released 3 albums under Red Hammer Records and will be releasing a third independent album in the summer of 2014. She received a full ride to Clark College at the age of 15 and spent her 11th grade summer taking classes at Vanderbilt University. She is extremely involved in her community and church as well as an active member in her sorority, Alpha Phi. As the President and founder of the University of Missouri Debate Team, it is one of her largest personal goals to maintain being well educated in many areas of studies and political science in particular. After graduating in December 2014 with her Interdisciplinary Studies Degree in communication and political science, she hopes to continue her education in Law School here at MU. Her biggest aspiration in life is to put her debate experience and degrees to use in order to become an elected District Attorney representing the government in the prosecution of criminal offenses related to domestic violence.

When one considers the increasing prevalence of video games in modern culture, one cannot help but notice the advent and progressively increasing fiscal success of violent video games. These violent, driven titles consistently post sales numbers with every installment of the ever-growing franchises rivaled only by the highest echelon of sports titles. While all video games share many of the same fundamental functions, there are marked differences that help define the violent genre and insure its continually expanding prevalence in modern society. While some of these standout design and gameplay features are not necessarily exclusive to the genre, when taken in combination these keystones define a game genre that is as addictive and immersive as it is disturbing and violent. Unfortunately this highly lucrative market is leaving detrimental effects on our youth, the future of humanity. It is for this reason that violent video games’ damage to children must not only be brought to light, but measures must be implemented to halt this degradation of our future.

The first thing a player notices when starting up one of these games is that they center around, making the gaming experience as immersive as possible and the players feel like they themselves are in the game. The gaming environment is what developers refer to as a “sandbox.” This “sandbox” is a setting that is expansive, detailed, and closely resembles a real life environment. These game environments are highly detailed, from interactive traffic and pedestrians and highly recognizable structures to parody restaurants and retailers. While a player has the ability to progress through a scripted storyline by completing quests, missions, or contracts, this is by no means a requirement for continuous gameplay. This “free roam” format allows players total control of a game model or “character” with which they can perform any of a nearly limitless selection of actions across the entirety of a given area of the game environment. This provides the player with the ability to do whatever they desire without any immediate real world consequence. The resulting sense of “total control” encourages a lack of inhibitions and serves to make the game that much more addictive.

Another defining aspect of these games is the reward or “scoring” system, a means by which players are encouraged to “play just a little longer” in a fashion only marginally more disguised than Pavlov and his dogs. In violence based games, a player is rewarded for certain actions with “points” (a generic scoring system to measure a selection of set actions) and in game currency that must be accumulated in order to acquire items, upgrades, and services. While this sort of in-game economy and scoring system is hardly unique, it is the actions that are rewarded that are truly standouts. In these games a player is awarded points for, and can perform, nearly every act of deviance a player can conceive of. Many times actions that, in real life would lead to incarceration, injury, and death, cost players a slight inconvenience in relocation and a minor hit to the wallet.

Here are a few illustrative examples: Remember that drive by shooting you just did? Apparently there was a police officer in the vicinity (because no witnesses ever call 911) and now the fuzz is hot on your tail. Quick, lose them around the corner and speed into that “drive thru body shop” and ten seconds later your car is not only a spiffy new color, but as it turns out, the police didn’t bother to read your license plate, and are so totally baffled by the fact that your car is now dripping a fresh coat of spray paint that they simply break off pursuit.

Unfortunately, you just broadsided a building going 90 miles per hour, at which point you were ejected through the windshield into the wall. Then the car just exploded a foot away from you, killing you … taking you to outside the hospital 250 dollars poorer. Even after a mobile crime spree that would make the OJ chase look like a parade, no one is on the sidewalk, and not even the cop you just walked into, has the slightest clue who you are. When one takes into consideration that developing children are being exposed to this actively rewarded immorality, the result is that our children are being taught a moral standard almost universally considered deplorable.

The culmination of these particular game facets results in youth that are not only being taught deplorable behavior, but they are also addicted to the teaching. This fantasy world is tailored to act as an escape from reality, so emotionally gratifying that it keeps bringing the player back for more. What is created for the player is a world that has such similarities with the real world that it feels like a virtual representation of an only slightly altered reality. It provides a main character that is so customizable and controllable that – rather than identifying with and rooting for – a player begins to feel as though the protagonist is more of a digital projection of themselves.

These two aspects alone create a gameplay experience that is thoroughly immersive, causing the player to view it as a more desirable version of real life than an out and out escape from it. When you couple this with the game’s glorification of all things socially deviant, a reward system that increases in direct relation to the level of destruction and mayhem wrought, and a nearly complete lack of any sort of actually detrimental consequence for even the most depraved of actions, and you get a gaming experience that can directly influence the players’ sense of right and wrong, outrage, sympathy, and even their personal definitions of moral and ethical acceptability.

The result of all of these aspects of the violent game genre is a habit-forming experience that does real psychological harm. While the glorification of violence and crime is far from specific to this genre, only this genre goes out of its way to present such violent options in a setting designed to so closely resemble a real world locale with a protagonist tailored to fit each individual player to such an extreme as to feel more like an extension of oneself rather than a character in a story. This sort of identification with person and place combined with a reward system for wanton violence and a near total lack of consequence can lead to poor or misguided moral and ethical standards and even delusion. The result is a game that rewards execution of violent and deviant impulses that would typically be heavily repressed.

While some try to make the argument that this is a release for these socially unacceptable urges, and therefore is healthy or beneficial for the player, the opposite is more likely the case. Games of this nature are glaring examples of game developers preying on peoples desires to act out their basest urges and most vile impulses without any regards to the potential detriment to the players’ psychological and moral integrity.

Proponents of the genre fail to acknowledge the Disinhibitory Effect, the gradual reduction of players’ psychological inhibitions of such a relatable character in such a recognizable setting being rewarded time and again for nearly every action that in real world settings would carry dire consequence. In fact, a 2007 study by psychologist Elly Konijn at VU University Amsterdam shows that violent behavior in players increases proportionately with the player’s ability to identify with the game character in violent video games (Eric).

Opponents of this viewpoint argue that the adults for which these games are marketed are already psychologically developed to the point that they have a clear understanding that what is rewarded in the game is not in real life. Therefore they will not, by and large, act in a similar fashion. However, these “violence-porn” video games have been proven to increase violent emotions and decreases pro-social behavior in adults (Result Filters). This argument also fails to take into consideration the proliferation of these videogames to children.

Recent studies show that male children average 15 hours a week playing video games, and female children average over five hours playing video games, half of these games contain violence (American Psychological Association). This averages to roughly a third of the amount of time a child spends in the classroom during the school year, and yes, the games are teaching them, too.  Children in the earlier stages of development still think in “concretes,” meaning that they base their decisions not on any moral or ethical standards but on defined examples of cause and effect, reward and punishment. This means that the “reverse morality” presented in this genre could have a direct and violent effect on a developing child’s psychology (Greenwood, 2010). In fact, these games actively teach socially deviant behavior through proven teaching methods, notably, “by presenting a highly immersive and interactive medium, rewarding violent behavior, and requiring repetition of said violence” (Gentile & Anderson, 2003, p. 1).

In summation, proponents of violent video-games can place as many ESRB (Entertainment Software Rating Board) warnings on videogames as they like. The games are still being played by societies most easily influenced members, and the implications are dire. Exposure to violent video-games has been highlighted as a cause for increased violence in said children as well as a lack of empathy or caring, and a general unwillingness to help their peers (Anderson & Buschman, 2001). While the concrete results of this dehumanizing influence on modern culture has yet to be fully realized, as the vast majority of the generations exposed to modern video games are below the age of thirty, one cannot help but imagine a future where humanity has steadily lost more and more of its ability to act as a cohesive community toward benevolent ends.

Why do we continue to justify the ghastly price tag we have put on the future of our world? Do we turn a blind eye out of preference for convenience, parental laziness, an unwillingness to cast away our delusions and admit that we are selling the decency of our youth to game developers and marketing firms whose only goal miss the almighty dollar? Whatever the reason, the consequences are becoming clearer. Hopefully, we, as a society, can bring ourselves to see the cliff before we drive right off it.