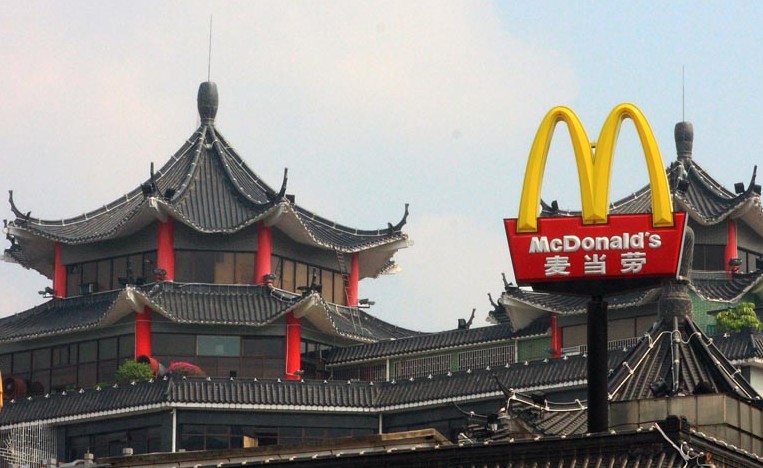 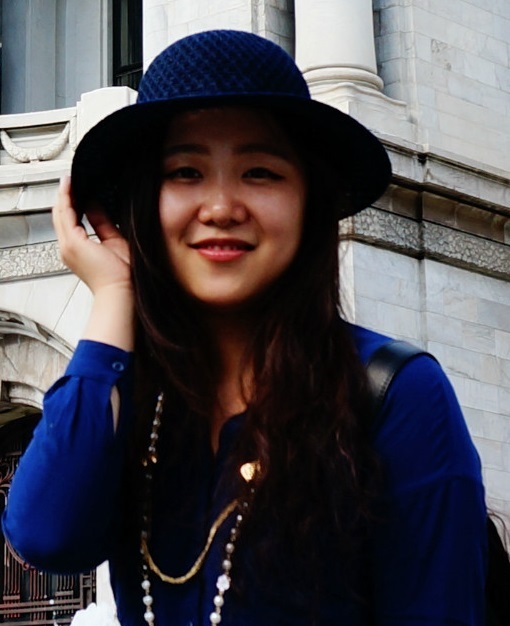 Ruixue Chen, a creative Chinese girl, is a junior student at MU achieving a bachelor degree of computer science with mathematics minor. When asked about her motivation of writing, she said she preferred enjoying in the world she created in her own words. Back in China in the year 2009, she had won a gold award of Bing Xin National Literature Composition. She has been playing piano for almost 15 years since she was 6. She is also good at playing percussion, and she attained the first-rate evaluation of percussion of Tsinghua University and Peking University.

In 1990, when McDonalds was first introduced to China, fast food restaurants from western countries were not widely accepted in China. In fact, many Chinese had never heard about the typical menu such as French fries and hamburgers that were offered in fast food restaurants. Businessmen were also curious about McDonald’s management mode.  NBC news observed “when McDonald’s first opened in China in 1990, these streets were clogged with bicycles” (Griffith, “McDonalds has a big appetite for China”). This observation suggests that when McDonalds was introduced to the Chinese people, China had been going through an integrated development in many aspects of life, including attitudes towards economy and foreign countries.

Bicycles in the street showed that cars were not available to an ordinary family in China at the beginning of the 1990s. One online article described that “since setting up the first McDonald’s in China in Shenzhen in 1990, the Western restaurant chain has been expanding steadily and successfully. So far, other than the home market, here in the United States, China is the No 1 growth market for McDonald’s, with 960 restaurants and over 60,000 employees”(Liu, “McDonald’s Growing in China”).

The number of restaurants that have been built in mainland China indicates the drastic change in the development of McDonalds, and the total number of employees also suggests that this successful fast food chain has occupied most food retailing environments in mainland China.A video clip illustrates the development of McDonald’s in China. (Ottey, “Globalization of McDonald’s in China”). I still remember the first time I went to McDonalds in China to have lunch. I was attracted by the style of its decor. A colorful design was painted on the outside wall of McDonald’s restaurants; outside the door a sculpture of a clown sat on a bench.

I was surprised by its brand new menu, which provided me with many new food choices such as French fries with ketchup and burgers with cheese. This combination of foods not only hit Chinese markets and led to public popularity two decades ago, but also represents vigorous market development from 1990s up to today.  The leading fast-food brand McDonalds has been altering people’s eating preferences who were born in the 1990s, from steamed breads and soybean milk to fried chicken and hotdogs; however, McDonald’s fried food impairs Chinese young adults’ health, leading to obesity and high blood pressure problems; McDonalds changes China’s economic patterns from single-task to multi-strategy.

The introduction of fast food chain McDonalds to China has led a huge shift to the Chinese eating preferences at the end of the 20th century. Researchers of Dietetics and Nutrition Pan et al. stated that “Most of the subjects (Asian students) residing in the United States were consuming American-style meals (eg, pizza, hamburgers, sandwiches, French fries, and carbonated beverages), not traditional meal items” (p. 55). This study illustrated that fast food restaurant like McDonalds has brought a new definition of eating.

Children in Chinese families were not allowed to eat many snacks and fried food due to the high calories and oncogenes found in fried food. After McDonalds stepped into sight, most rules about Chinese traditional eating patterns that encourage Chinese to eat less high calorie food have been eroded gradually. Ignorance of traditional eating modes often happens in young people in China, since they are more inclined to be influenced by western styles because younger groups are more likely to keep pace with changes along with internationalization. Professor Watson of Harvard University illustrated dynamic shifts of Chinese cuisines’ techniques due to McDonalds, saying that “Critics claim that the rapid spread of McDonalds and its fast-food rivals undermines indigenous cuisines and helps create a homogeneous, global culture” (p. 122). Three meals per day feel to be insufficient for young people in China. Their stomachs might use to eating high calorie food to support their energy due to eating too much McDonald’s style fast food.

Chinese young adults begin to eat some extra desserts at midnight, which is not recommended by their parents. Researchers Wang et al. demonstrated the fried food consumption, mentioned that “The proportion of calories consumed from fried foods increased significantly over time, while the proportion of calories consumed from foods prepared with traditional methods declined” (125). As it mentioned in the research, younger Chinese generations are more attracted to fried foods from McDonalds. In addition, they ignore the traditional cooking methods, and use a diet called the “Bland Diet,” which features low calories, more vegetables, seafood, and water-boiled foods. Please click here to read more information. (D.W., “Chinese Fast Food-The Battle For Breakfast”).

Traditional methods in Chinese cuisine include steaming, boiling, and pan-frying. These practices rely on less oil consumption, which is recommended by doctors and nutritionists with scientific evidence. The process of younger Chinese people’s food preferences has changed gradually over years. A result in the Wang’s scholarly article also suggests that the relationship between younger generations in China and the consumption of McDonalds is positively increasing. What is more, McDonalds pushes traditional Chinese cooking techniques into a new stage of challenge of innovation, as the economic globalization has been influencing and attracting younger people off traditional cuisines in China since the year 2001 when China participated in World Trade Organization (WTO). McDonalds not only has affected younger people in China on the eating preference and challenged the traditional cooking methods, but also unfortunately impairs Chinese younger adults’ health.

The introduction of McDonalds and some other related fast food restaurants turned out to be a dreadful change to China in regard of health problems. McDonald’s fried food and high calories cause obesity and high blood pressure in younger Chinese people. Researchers Wang et al. studied the influence of fast food on Chinese health, finding that “It is likely that consuming fried foods are unhealthy and are strongly associated with increased risk of obesity and possibly other noncommunicable diseases” (p. 128).

Wang et al. describes the bad health effects of fried foods on younger Chinese people. Body shapes in Chinese young people began to become corpulent and stressed with physical problems. US-China Today, a newspaper online claimed that “China is experiencing a record high obesity rate, which means millions are becoming obese each year” (Patterson, “Obesity in China: Waistlines are Expanding Twice as Fast as GDP”). In China, the unhealthy fast food has been considered as “junk food” due to its contribution of adding the risky diseases to younger generations.

Even though the consciousness of preventing children from eating fast food has been emphasized highly, it cannot change the fact that many young adults in China have become victims of fried food offered by McDonalds. To watch video clips evidence, please click here. (The Wall Street Journal, “McDonald’s Accused of Food Violations in China”). Despite the health problems, McDonalds set a complicated scaffold on the economic mode and has stimulated China’s economic development.

McDonalds has been altering China’s economic patterns and kept prospering in China’s economic markets. Researchers Wu et al. discussed the economic growth by showing data that “With current growth rates of 20%, China’s fast-food market offers a point of economic growth for the catering industry and attracts aggressive competition from some of the biggest global players” (2002, qtd in Loroche p. 675). This study concluded that the huge population and large numbers of potential customers make Chinaone of the most attractive markets. Policies welcoming transnational corporations in China have gone into effect, which enhance the competitiveness of China’s markets.

Unfortunately, because defects of supervision and regulations in China’s markets still exist, opportunities of developing new business without many limitations are available in China for entrepreneurs and company practitioners. That is why an upward trend of international fast-food chains has been emerging in China after McDonalds was introduced to China.To watch video evidence, please click here. (Griffith, “McDonald’s has a big appetite for China”).Economists Laroche et al. compared foreign fast food with Chinese fast food chain, by suggesting “While foreign fast-food giants are accelerating their expansion in China, Chinese fast-food companies are also stepping up their development plans” (Laroche et al. p. 674).

Laroche et al. mentioned there was no doubt that the success of McDonalds in China has promoted the development of Chinese domestic fast-food industry. McDonalds has offered Chinese business people with a classic pattern of fast-food management, which can be taken out or delivered to customers’ houses. McDonalds also created the family-shared buckets of fries in response to Chinese tradition, which prefers sharing food with their families or friends. In China, it is not hard to find various fast food chain offering Chinese traditional cuisines. For example, Yixiong Stewing Pot is a new brand chain, including steaming rolls, Chinese fried sticks, and noodles. China’s domestic fast food industry has developed over time and increased its overwhelming influence on local Chinese restaurants. Despite the effect of economic patterns on China, the coupon, as a new method of prospering economy, were also introduced by McDonalds to China.

McDonalds introduced a technique, the coupon, to Chinese business people to retain potential customers and obtain new generations’ attention in such a competitive market. Laroche et al. went on to focus on the importance of coupons to business. They illustrated that “A coupon will probably persuade consumers to change their attitudes and behaviors, and to consider these brands as purchase alternatives (H1b)” (p. 676).

The research presented the emergence of coupons. Stepping backwards twenty years, because the economy in China was still in the beginning period of growth, there was no smart strategy to motivate economy to move forward. After McDonalds stationed in China and introduced the coupon strategy, Chinese witnessed the power of coupons on customers. Thus, both Chinese traditional food restaurants and the new developed fast food industry began to employcoupon strategy into their economic development methodologies. Coupons are available in Chinese mailboxes as an advertisement.

Chain restaurants also employ college students to hand out coupons on the commercial streets. Young people in China are the main targets for these coupons since younger generations hang out with their friends outside and have more chances to receive these coupons outside in the street. If they are hesitating over dining places where to eat, and a coupon from a restaurant shows up, they would incline to go there within the expiration date. China’s economy has been highly influenced by McDonald’s managerial patterns and the coupon strategy. An article demonstrates an economic boom in McDonalds in China. (FlorCruz, “Effects Of A Rapid-Growth Economy: China’s Booming Fast Food Culture Takes Its Toll On Health”).

The introduction of McDonalds and subsequent fast food chains has brought a huge dynamic development to Chinese young adults. Changes of younger Chinese generation’s life have been showed in eating preference, physical health problems, and economic patterns. Even though McDonald’s health consequences in China disappointed lots of customers, both younger generations and their parents, the positive effects on China’s economy still work.

Based on the evidence that was included in this paper, it is safe to conclude that issues about McDonalds implying both good and bad outcomes have been arising controversy over time. However,the advance happening among Chinese young adults’ lifestyles cannot be denied. To suggest further research on this question, someone who shows interested in this field can take it over.