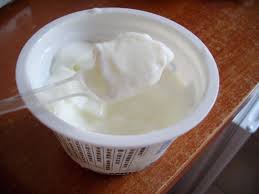 Yoghurt is a popular exotic food in China, especially among young Chinese girls who want to lose weight because they think yoghurt is healthy and contains relatively low calories. Even though the price is high compared to other food, yoghurt sells well in China. However, in February 2011, a rumor of leather yoghurt made Chinese people worried about the yoghurt they ate and even about other dairy food. The rumor states that some factories added industrial gelatin instead of edible animal gelatin into the yoghurt they produced to make it look thicker. What is more terrible is that, according to rumor, the industrial gelatin they used was refined from abandoned leather belts and shoes.

Even if it is not true, this shocking rumor drew Chinese people’s attention and caused customers to reconsider buying yoghurt. This rumor is a warning of the danger of exotic food, which means non-native food to Chinese and many young people suspect the rumor is used by the Chinese government to convince the young to come back to the traditional Chinese food so that the government can protect the domestic companies; however, many young people do not listen to the government because the Chinese government is in a crisis of faith with its own citizens, especially the young.

This rumor is a warning to young Chinese people of the danger of exotic food and it reflects the suspicion of exotic food by the elderly. Dairy like yoghurt is a symbol of exotic food in China, which is regarded with suspicion or even fear among conservative people. The yoghurt, which the rumor is about, was sold as “Traditional Mongolian Thick Yoghurt” or “Traditional Tibetan Thick Yoghurt.” This makes Chinese people recall the miserable history, especially the elderly that in ancient China the Han people, who make up 94 percent of the Chinese population, drank soymilk instead of milk.

However Mongolia doesn’t have many places for growing soy beans but it has great meadows raising cows, sheep, and horses, so they have a tradition of making dairy food. Ancient Han people didn’t begin to drink milk until Mongolians invaded China in the Yuan dynasty to rule Han people and brought dairy to them. The invasion is a miserable memory to Han people, and dairy represents exotic or non-native food and even represents violence and trauma because Han people are stubborn to the traditional native food or recipes. Even today, elderly or middle-aged Han Chinese people never use dairy in their recipes. The elderly or the middle-aged people are suspicious about exotic food because they always connect exotic food with cultural invasion and they don’t trust exotic food. The rumor of leather yoghurt strengthens their suspicion of exotic food. To the young, who don’t know much about history, this rumor is a warning to show the danger of exotic food, which makes the young uncomfortable about exotic food like yoghurt.

Even though the middle-aged Chinese still find it hard to accept dairy, young Chinese people have used to dairy. Due to the marketing campaign called “milk makes Chinese stronger” in the late 1980s, the young believe dairy has more nutrition than soymilk after watching the advertisement showing that western people are stronger than Chinese because of dairy consuming. So the Chinese government thinks it is time to protect traditional Chinese food and domestic companies. Yoghurt is so popular among the young people today because, to them, yoghurt and dairy is also symbols of western influence on traditional Chinese food culture.

Dairy is much more common in western cuisine than in Chinese food and due to the attractive advertisements showing how delicious and nutritious western food is, especially yoghurt, young people always connect yoghurt to western food and consider yoghurt a kind of fashion. This suggests that western food and culture is desirable and fashionable. It is popular among young Chinese people to hang out in cafés serving yoghurt or just yoghurt stores. It is showed in business report that yoghurt stores in China made surprisingly high profit about 13.86 hundred million dollars in 2009. So there is an inevitable decrease in the sales of domestic companies, which produce traditional Chinese food and the Chinese government tries to protect the domestic companies.

The Chinese government realizes that the young people are the main customers of yoghurt. However, most young Chinese people today are well educated and some have even studied abroad and they are deeply influenced by western culture, including western food. As yoghurt and dairy are considered as fashion from the west by the young, the price of yoghurt is high but young people still prefer to buy it instead of traditional Chinese food not only because they have different taste from traditional Chinese people but also they can show their higher status by buying the exotic food from west due to the higher price and fashion symbol. This is one main reason that Chinese domestic food companies didn’t make as huge profit as the western yoghurt companies did.

Although the Chinese government tries to protect domestic companies, young Chinese people often don’t want to buy the things that are produced by the Chinese government and this rumor reflects the fact that the Chinese government is in a crisis of faith with their young citizens. Young people don’t trust anything, especially the food they eat, because there have been, so many times that different kinds of food were proven to be unqualified to sell in China. In 2008, there was a terrible milk scandal involving infant formula. Some factories added melamine to the formula to increase the protein content, which caused kidney failure. It was reported there were about 300,000 victims suffering from kidney damage, most of whom were babies.

The rumor drew the attention and also reveals the anxieties of Chinese society about food safety and the crisis of faith about the Chinese government. On one hand, it reflects that elderly and the middle-aged people still feel suspicious about exotic food. They don’t want to accept it and the conservative mid-aged people try to convince the young come back to the traditional food. On the other hand, even though the citizens can feel the effects that the Chinese government made to try to protect Chinese traditional food and domestic companies, they still lost faith in their government. They don’t believe the commitment they made or the things they produce. And the only thing the Chinese government can do to change the situation is to improve the quality of their product directly so that they can win trust from their people and earn respect from the world.