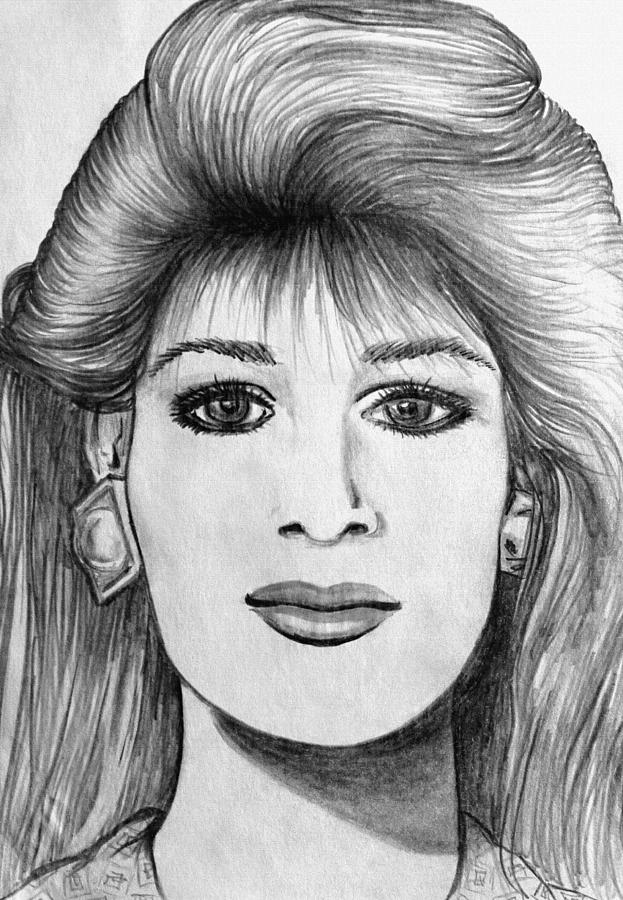 She sat there, on her balcony, taking long smooth pulls of her blueberry cigarillo, letting the smoke rest in her mouth, savoring the sweetness before letting flow gently from her lips. The cool night air brought clarity as she looked up to the stars. She liked it here, in the quiet of the night. It was solace. Funny how she had ever been afraid of the quiet, for she savored these moments!

She took another smooth pull, sitting back into her blue wingback, propping her slippered feet on the table. Relaxed and content, fully present in the moment. Comfortable alone, in the quiet with herself.

It wasn’t always this way. There was a time when she wasn’t content, when she couldn’t stand the quiet, to be alone, with herself. She was scared of the silence, scared of what it would say, scared of herself.

But now, she sits, enveloped in quiet, enveloped in peace. She can feel the soreness in her shoulders, and it makes her smile, it makes her feel powerful. She looks at her palm, at her torn up palm, and feels strong. Her palms showed disciple, commitment, work. Her own discipline of self- respect, and self- love. Of repentance.

She wasn’t always this way. She used to buy cigarettes by the carton, pump her body full of toxins. The occasional cigar now a guilty pleasure. She needs her lungs. To run, to swim, to bike. For taking care of the body she was given.

She wasn’t always this way. She used to be reckless, rebellious, jaded. Drink twenty shots on any given Tuesday, land herself in the ICU, be surprised to see the daylight. She used to never remember, she used to not care.

But now, she sits. She feels her power house of a body encompassing her, her temple, her house, her being. She is sorry she once did not care.

She used to feel hurt, feel used, alone. Like she was not good enough, scared of what change, of what growth may bring. It’s funny to her now, how she was ever scared, how she ever doubted herself, ever doubted her woman.

Being woman – what does it mean? You can look throughout history – see the different roles women have played – women who have lived in the shadow of man.

Being woman, how would you define it? Women, cunning, powerful, sexual, human. Woman is who you make it.

There was a time she thought she needed to be defined by the man, by love. She was blinded, she had lost her woman. Until there was a day she was alone in her own four walls and she was forced to reconcile with her, with her woman.

There she found herself, once again, drunk off whiskey and the idea that love, and only love could “fix her.” Ah, love, what a novel idea! Who doesn’t hope for their Prince Charming to come along and sweep them off their feet and suddenly everything is perfect. Well, life doesn’t work that way. Her most recent failed relationship shook her awake in a way that none other had before. A sort of “Wake up you dumb bitch! Fix yourself!” type of enlightenment. Those wires in her head that had been severed finally began to fuse back together and as she sat there, completely inebriated, she made a choice, she chose her woman.

She was strong, she was powerful, her woman. She held her gaze as she vowed to avenge, her reflection echoing back her promises.

“Show me a better woman, a woman worthy of the best. Show me the best, the one you achieve, for greatness is not thrust upon the weak, it is sought after and fought for by the strong. What I see now is decrepit, a played victim or self-proclaimed martyr. And what for? Because you think you shouldn’t have to change and the world should change for you? Life doesn’t work like that honey, so if you know what you want, get it. Do everything it takes to get there and don’t back down.

“If all else fails, you will still have yourself in the end, your woman will never leave you. You are the only person you can truly trust, so be the best, be the strongest, be the most truthful. You are not the inferior little girl you are made out to be, the self righteous, spoiled little white girl who has the world thrust upon her as she lets life slip her by. No, That’s not you. The world isn’t going to change so it’s time to suck it up and move forward, middle fingers to those who try and stop you from going after what you want. But what you want and who you want to be is not who you see looking back at you.

“What are you going to do to change it? Where are you going to start? With the obvious vanity issues or something a little more refined, like becoming an intellectual? No. Step one, back to the basics. Try to remember what you once stood for, what you once knew to be certain and right. Honesty, kindness, faith. The days when your body was a temple and nothing had been polluted, smoking was taboo and drinking was a far away “No! No!” that couldn’t even be dwelled upon. Go back to that, there was truth to that innocence and naivety, your little virgin body. Your body is a temple, treat it as such.”

“Go back to that,” She says to her reflection.

“It has to stop, just think, it’s killing you, and holding you back, making you the piece of shit you are right now. You know what is right, so do it. You are better than the person looking back at you, better than who you are now, so go be it. Don’t ever settle, reach.”

She was in a stalemate, caught in a stagnant air of nothingness and nothing would change unless she shed her outer shell and embraced the person inside, the person she was meant to be. Embraced her woman.

She has played the martyr, played the victim, She has had her lows and she has blamed the world. But it is time for a new role: the heroine. She may not save the world but with God as her witness she will save herself from the sadistic person she had become. There is a light within her that had been snuffed, dimmed to near non-existence she almost forgot it existed, her woman. A faint glow buried in the darkness that once consumed her soul, growing brighter day- by- day as she feeds its fire. She didn’t want to play the victim, but she had to become someone she could love.

Woman is who you make it. When forced to face herself she found a woman she never thought imaginable. Being active, writing, treating her body, her woman, like the temple she is.

It was time to be the protagonist of the life she lived instead of waiting on the sideline for life to happen on its own. She had seen rock bottom- watched from above as the girl she once knew descended into near nothingness and she refuses to go back, to fall, to fail. The climb to the top is long and finite but she refuses to settle until she reaches her peak and beyond. She asked herself, “How do you want to be remembered? How do you want your woman, to be remembered?”

She used to mourn the girl “She used to be”, but why? She is a strong, beautiful woman, just like all women. Fueled by a quest of self- discovery- who she wants to be, what she wants to do. The steps she must take and sacrifices she must make in order to get there. One foot in front of the other- never letting the fear of failure stifle the woman within.

Now, she sits. Her bond with her womanhood growing deeper, stronger, infinite. Reminding herself each day that life is a journey taken one step at a time. Trying to live each day gradually making her choices into her morals that will be there to guide her the rest of her life. Self-respect turning to self-love as she fully embraces her, embraces her woman.

A woman who can handle anything that is thrown at her. A woman who doesn’t shy away from fear, from tackling the obstacles set in front of her. A woman that has been hidden on the sidelines for far too long. Who learned the difference between “can’t” and “won’t”. A woman who has started treating her body like the temple that it is, wrapped in self-love, respect. She had lost her woman, but she never left.

Who was this girl, taking care of herself? She was no longer twenty shots deep celebrating a Tuesday or toilet hovering post meal. She was remembering things she learned or did yesterday and felt energetic and happy, calm and focused. Even on tough days…she works it out. Taking comfort, believing she is right where she’s meant to be, staying committed to her woman.

Every woman is unique- has their own lived experiences- but can all connect on some level, connect within our woman. Woman is who you make it.

Her woman, she likes to confess. To hold her accountable, to keep her in check. She writes her confessions, ending her own personal silence in a way she cannot avoid it. Funny now, how she used to be so afraid.

She writes to purge, to process to reflect. To be able to stand the silence. The silence alone, just her and her woman.

Being honest with her woman, she is all she has. Her greatest ally, constant companion. By avoiding her she nearly ended her own life. But her woman is persistent. She would not let her forget.

Being woman means finding yourself. Find your heart, find your woman and follow her. She will not let you down. For your woman is your protector, your shield. She has seen heartbreak, tears, loss. She knows your secrets, your hopes and ambitions, what makes you tick. Opening yourself to your woman, to your potential is embracing your entire entity. Embracing your womanhood, your life.

As women living in a man’s world our journey’s our unique in themselves. In that bond of sisterhood, women can understand one another on a level all its own. Our emotions, lioness strengths, our ability to bring forth life.

Women are powerful creatures. Creatures she loves and adores in all walks of life. Hating the times they are made to seem inadequate, unworthy, objectified or scourned. Women, who analyze the banes of their existence, they are existential. Let them love themselves for the powerful women they are.

So she sits, content in her blue wingback, watching the stars with her woman. Gently puffing at the sweetness of the cigarillo. Pondering the vast awesomeness of this universe, of this life, with her woman. “How small we all are,” she thought. “Just atoms of energy trying to make sense of it all- meaning to our existence. We are all one, and one with our women. Call it faith, destiny, fate, others- awaiting signs to point them in the direction they seek.”

But alas, we are the writers of our own destiny’s, the choosers of our paths albeit beaten or paved. Take your woman’s hand, and ask yourself, which way will I go? And fear not, for whichever direction you take yourself, your woman will be right there inside of you. Trust in her, your woman, she won’t let you fall.