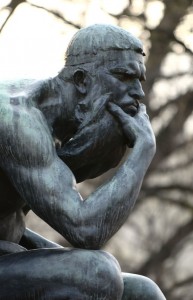 Sean is a junior in Biological Science, majoring in biology. He is originally from Wildwood, Missouri. He has two papers published in Artifacts Journal: A Conscious Universe and How to Live a Life. As he was interested in examining a section of a work that came close to illustrating an author’s entire worldview, something he felt this passage did a particularly good and beautiful job at.

Very rarely is one able to extract from a work of literature, or any work for that matter, a truly profound insight into a person’s most defining views on life, the universe, and existence. Alighieri’s The Divine Comedy, however, remains one of these works. With a journey to reach not only a turning point in an individual man’s life, but the very peak of the universe as it was believed to exist, this poem remains one of the grandest, and few, works to take the whole of existence into account in its contemplations. While the entire poem addresses more elements of the world than most works ever hope to obtain, it is in the very final pages of Alighieri’s Comedy where the most all-encompassing vision of the universe takes place.

The concluding sequence of Alighieri’s The Divine Comedy (pages 891-894) is, naturally, the most important sequence of the poem for truly understanding and appreciating its overall purpose. Not only does it chronicle the climax of Alighieri’s personal journey through the realms of the afterlife, but also illustrates the absolute apex of the universe, literal and metaphorical, that Alighieri views himself as living in. Through Alighieri’s meticulous and symbolic description of his encounter with God, one is exposed to both the views of the society he lived in, and his own personal views on the nature of the world.

Alighieri’s specific depiction of God illuminates much on his view of how the universe is structured. Just as his portrayal of Satan was very unique, Alighieri’s portrayal of God deviates exceptionally from the norm of typical representations. Like all things in The Divine Comedy, the structure of Alighieri’s final meeting with God is incredibly thought out and symbolically structured. But, this final encounter is also the vaguest and least clearly defined of all of Alighieri’s observations in the afterlife.

Throughout nearly the entire Comedy, Alighieri describes the varied inhabitants and geography of his metaphysical universe in meticulously symbolic detail. This descriptive style presents an image of Hell, Purgatory, and Heaven not as abstract, esoteric realms, but as actual physical places with completely defined layouts and structures. A stroll through Hell becomes no less defined then a stroll through the nearest countryside. This all changes, however, with the reaching of the ultimate height, where God is to be found. No sooner does he catch a glimpse of this light than Alighieri confesses how “What then I saw is more than tongue can say . . . The ravished memory swoons and falls away” (Alighieri, 2003, pp. 55-57).

Through this admission, and Alighieri’s unceasing remarks on how his mind fails to fully comprehend what he observes, one gets the heart of the belief that God is ultimately incomprehensible and transcendent to human appreciation or understanding. This belief is central not only to Alighieri, but to the accepted religion and philosophy of the time, and throughout history. Even more revealing is the way Alighieri refers to God. Rather than ‘he’ as might be expected, Alighieri refers to the presence he sees only as “It”, thereby freeing God from any human-biased reference. In fact, Alighieri never even refers to “It” as ‘God’, preferring a purely abstract and largely unconventional mode of reference, as consistent with the idea of a fundamentally indescribable being.

However, Alighieri is clearly not satisfied with a purely vague, indescribable perception of God, as he succeeds in making out some of the characteristics of the light he observes. When finally able to put his eyes on it, Alighieri reflects how “It is unchanging and forever as It was before; rather, as I grew worthier to see, the more I looked, the more unchanging semblance appeared to change with every change in me” (Alighieri, 2003, pp. 110-114). Alighieri ultimately presents the concept that, since the eternal foundation of existence is utterly impervious to true understanding, it can only really be viewed as a reflection of one’s own opinions and mindset, thus appearing to “change with every change in me”.

Alighieri, deliberately or not, though likely deliberately, presents the ultimate limitless view of God, one in which he, or It, can appear as whatever one chooses it to be. While this doesn’t seem to smoothly correspond to mainstream Catholicism at the time, it is certainly evidence that The Divine Comedy, more than a theological treatise, is a personal story of one man’s views on the universe. While certainly within the bounds of what would be accepted religiously at the time, Alighieri’s interpretation of the concept of God helps reveal, at least to an extent, how he actually sees the world when the force of religious dogma is absent.

The further representation of Alighieri’s vision of God conveys major spiritual and philosophical viewpoints on the nature of the divine and its relation to humanity. As Alighieri continues to observe the light, he notes how “Within the depthless deep and clear existence of that abyss of light three circles shone- three in color, one in circumference” (Alighieri, 2003, p. 893). The image of three distinct yet complementing circles forming one complete circle clearly evokes the concept of the Holy Trinity, in which the single presence of God is also equally represented in the three aspects of the Father, the Son, and the Holy Spirit.

This concept of the divine was one of the elemental foundations upon which The Catholic Church, and all of Christianity, was founded. However, the numerological significance was especially prevalent in the Middle Ages at the time of Alighieri. As MacAllister points out in his introduction of the poem, “Alighieri lived in a Catholic world, or, rather, universe, in which every slightest thing was encompassed in the will and knowledge of an omnipotent and omniscient Deity, and that the supreme attribute of that Deity was the mystery of his Trinity and Unity” (McAllister). This omnipresent mindset of Alighieri’s world is very evident throughout his poem. Three Cantos, combined to form a whole work, and finally, “three circles… one in circumference.” The philosophical norms of Alighieri’s culture are ever prevalent in his work, leading to a product birthed from both a society’s and an individual’s views.

Alighieri goes beyond numerical symbolism when he illustrates possibly the most powerful and enlightening of images in his Comedy. Alighieri culminates his final observation of God with “that second aureole which shone forth in Thee . . .  seemed in itself of Its own coloration to be painted with man’s image” (Alighieri, 2003, p. 893). Here the ultimate symbolism and expression of both Alighieri’s world and Alighieri himself finds its peak. The very face of God is “painted with man’s image”, reflecting the concept which asserts that man was made in God’s image. However, from this portrayal, one can get a better understanding of what this concept actually meant, at least to Alighieri.

With the image of man being part of the second aureole that is “a reflection of the first”, Alighieri conveys his belief that humanity is essentially a reflection of God, and that mankind’s nature is ultimately then a reflection of God’s nature. Alighieri does make sure to make the distinction between the two however. God and humanity are not fully mixed, and Alighieri even notes to capitalize God as “Its”, while designating humanity to its proper place through the non-capitalized title of “man”. Any attempts by Alighieri to better understand this relationship between God and man, however, fail, just “Like a geometer wholly dedicated to squaring the circle, but who cannot find, think as he may, the principle indicated” (Alighieri, 2003, p. 893). Alighieri compares this task to that of a relatively simple mathematical problem, evoking the idea that the solution to this grand philosophical question is, at its heart, utterly simple. Yet it lies beyond even the greatest attempts by Alighieri to decipher it. Despite his earnest attempts and yearnings to “know just how our image merges into that circle, and how it there finds place,” Alighieri’s does not possess “the wings for such a flight.” (Alighieri, 2003, p. 894). Thus, the grand mystery of humanity’s relationship with the divine remains unsolved, as Alighieri, despite the grand heights he has reached by traveling this far through Paradise, remains unable to reach this final height. But, such is only to be expected from Alighieri, for, as his own views attest, reason can only get one so far in truly understanding the supreme truth of his universe. But even though he is unable to reach it, Alighieri is not disappointed or discouraged in his abilities, for to him, this only justifies the nature of the universe as he sees it. Through Alighieri’s attempt and ultimate failure in truly comprehending God’s nature and his relationship to humanity, one is provided with the ultimate expression of his, and his society’s view of the universe.

While the concluding passage of Alighieri’s poem may not be a reflection of his entire work, nowhere else is one able to find such a profound and meticulous expression of his personal beliefs about the universe. Given that Alighieri was born and lived in 14th century Italy, it would be unrealistic and foolish to say that he had any true choice in his general, overlying worldview. However, this fact does not stop him from expressing this worldview, and his personal customizations of it, in a grand and beautifully artistic way.

From Alighieri’s illustration of the final, enlightening step of his journey, one can catch a glimpse of the sense of profound spirituality that provides the foundation of his personal faith. But, more importantly, this passage can reveal at least one spiritual view that helps illuminate the source of this belief on the universe, and why it has remained strong till this day.