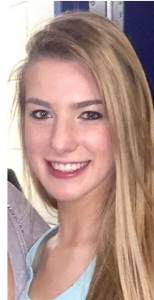 Rachel is a sophomore business major with an emphasis in marketing. She is also a member of Alpha Delta Pi and enjoy dancing in her free time. She wrote this paper to raise awareness about the current problem in the U.S. education system, specifically focusing on the negative effects of No Child Left Behind implemented through standardized testing. According to her, it’s vital to understand that standardized testing turns the focus away from genuine learning and neglects the overall child.

As a college student, I am expected to memorize and not learn. I’m a business student who is tested over how well I can memorize optimization problems and organic chemistry equations. Even though my major pertains nothing to those subjects, this is the state of our current education system. Yes, all the general education classes I have to take my freshmen year are useful for school purposes, but in retrospect does that really do any justice for me later on in life? I continue to ask myself that question, since I was expected to take a math, science, social science, English, and a foreign language all four years of high school. I was expected to retain all the information for school finals and state mandated end of course exams. Furthermore, standardized tests are implemented as early as elementary schools. These state and national tests include end of course exams, advanced placement tests, and even the American College Testing (ACT) and Scholastic Aptitude Test (SAT) exams. I am here today to argue that the recent institution of standardized testing through No Child Left Behind (NCLB) not only hinders student development, but also negatively reflects the state of our current school systems.

NCLB, a federal law passed by former President Bush in 2001, aimed to set national standards in education by mandating achievement tests. As President Bush says, “Every school has a job to do, and that’s to teach the basics and teach them well” (Johnson, 2011, p. 2). However, assessing each student’s education through standardized tests is unjust. With this regimented approach of testing, students are profiled as: basic, proficient, or advanced (Burke, 2012, p. 1). Ultimately, what is at stake here is the education students are receiving. Although I agree every student has the right to a proficient education, I still maintain that analyzing one’s intellect through standardized testing is not conducive to the overall student.

As previously discussed, the idea behind NCLB is “to raise the bar, enhance teaching, and learning,” for all students (Fine, 2005, p. 28). However, our education system as a whole has lost sight of this purpose. Sadly, schools have abandoned nurturing the child into a well-rounded person, instead making these high stakes standardized tests the sole indicator of a student’s academic success. It is necessary to “achieve a balance between developing the intellectual, emotional, and social selves of each individual,” or else the education system is not truly doing its job (Barrier-Ferreira, 2008, p. 139).

Standardized tests only reflect only the student’s intelligence, whereas report cards represent the student as a whole, exemplifying one’s self-control. In their article Self-Regulation Failure published in 1994, Baumeister, Heatherton, and Tice define self-control as, “the voluntary regulation of attention, emotion, and behavior in the service of personally valued goals and standards” (Duckworth, Quinn, & Tsukayama, 2011, p. 440). In other words, the ideal student, the one with self-control, is more intrinsically motivated to learn, do homework, and study. However, standardized testing does not benefit these students because they cannot properly study and prepare for achievement tests that diverge from the curriculum taught in class. Hence, achievement tests portray an inaccurate representation of the student with self-control. Instead, it’s the child with the higher intelligence who has the benefit on standardized testing, because he has a more innate ability to solve problems, giving him an unfair advantage. Because of NCLB the school system is becoming obsessed with doing well on standardized tests and no longer trying to help students grow, inadvertently punishing the ones with self-control the most.

Because high stakes testing is now a direct reflection of one’s intelligence, there are immense pressures placed directly on students. These pressures can make students feel insecure and stupid, therefore increasing test anxiety among all students. The detrimental effect of test anxiety on student performance on achievement tests, furthermore causes a dramatic decline on test scores. Seymour Sarason, a psychology professor, complains that, “we live in a test-conscious, test giving culture in which the lives of people are in part determined by their test performance,” undermining the whole purpose of schooling (Segool et al., 2013, p. 489). These societal expectations lead to insecurities among students, further hurting their self-esteem. Consequently, the number of students dropping out has increased dramatically in the past decade. Sadly, being a high school dropout has immediate and long-term economic and social repercussions (Fine, 2005, p. 28).  The focus of school systems because of standardized testing has been completely redirected at the expense of the student.

Despite what many believe, students aren’t the only ones impacted by NCLB. Teachers and school districts are affected just as much, if not more than students. The motives of school districts to do well on standardized tests have become skewed, creating moral and ethical problems. The emphasis is no longer on student scores as a reflection of education, but on the rewards of government funding and higher teacher salaries (Segool et al., 2013, p.489). Teachers are beginning to just “teach the test,” purposefully focusing the curriculum on the test, so the students will do well. This in turn neglects the students’ over all wellness and growth. Most recently, “educators are often forced to abandon all things unrelated to the test and consequently lose sight of what is important: the whole child” (Barrier-Ferreira, 2008, p. 139). In other words, teachers sacrifice the character development, solely for a good reflection of academic achievement. Although many educators don’t believe in teaching for this purpose, they are left with no other alternatives.

The most ironic consequence of NCLB is the effect on low socioeconomic areas, even though it was thought to benefit them the most. Due to standardized testing, it has become explicitly noticeable who is privileged and has an advantage and who doesn’t. Typically students coming from low socioeconomic backgrounds are attending under resourced schools. There is a direct correlation between attending an under resourced school, the education one receives, and the success or failure on standardized testing. In most big cities, the difference in education taught to students attending inner city schools versus those attending suburban schools is very noticeable: limited funding, lower test scores, lack of accreditation, and inability to keep qualified teachers. And to no surprise, the majority of these inner city students receiving a poorer education are also minorities. According to Michelle Fine, professor of social psychology, “in practice, the policy has exacerbated existing inequities in access to quality, spiked dropout rates, and undermined those few schools that are educating poor and working class students” (Fine, 2005, p.28). In our nation, there has always been a problem of finance inequity. Unfortunately, now it is crossing over into our education system. Ultimately, NCLB has failed these students the most.

In conclusion, the implementation of NCLB through standardized testing has not only deferred from its original mission, but has caused an array of problems affecting many on a large scale. Students and their learning styles aren’t all the same, so they should not be assessed the same. Standardized testing doesn’t take in to account every ones’ different strengths and backgrounds. To continue implementing achievement tests in our school system is an injustice to our society. As Clayton Christensen states, “Can the system of schooling designed to process groups of students in standardized ways in a monolithic instructional mode be adapted to handle differences in the way individual brains are wired for learning?” Because of NCLB not only have the achievement tests turned the focus away from genuine learning, but also have neglected the child from personal growth.

Barrier-Ferreira, J. (2008). Producing commodities or educating children?  Nurturing the Personal Growth of Students in the Face of Standardized Testing, 81/3, 138-140.

Duckworth, A., Quinn, P., & Tsukayama, E. (2011). What no child left behind leaves behind: The roles of IQ and self-control in predicting standardized achievement test scores and report card grades. Journal of Educational Psychology, 104/2, 439-451.