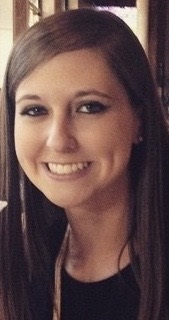 Julia is going into her junior year at Mizzou with majors in International Studies and Spanish. She is passionate about social justice in every part of the world, and she believes that raising awareness is an important first step in striving for it. That is the reason she decided to write her paper about the Rwandan Genocide of the 90’s. Many Americans knew little or nothing about this major, horrific conflict, and if we hope to strive towards a peaceful world, we must do better as a nation and as individuals. She also greatly admires the work Samantha Power has done and continues to do, so she made it a point to include her in this paper.

Rooted in historical ethnic tensions, a conflict culminated between the two dominant people groups of Rwanda in 1994. These two groups were the Hutus and the Tutsis, and the conflict between them led to a genocide that is responsible for the deaths of an estimated five hundred thousand to one million Rwandans. Through their conflict, many universal truths and ideas can be seen and studied. The conflict between the Hutus and Tutsis illustrates the need for positive peace when structural violence prevents it, the need for a sociological imagination to separate reality from what society preaches, and America’s role in foreign affairs.

The mass slaughter in Rwanda took place in only about one hundred days. Contrary to popular belief at the time, the genocide was planned out ahead of time by the core political elite called the “akazu.” In tracing the roots of this conflict, one must look at the different people groups that inhabited the country throughout history. The first inhabitants of Rwanda were called the “Twa” people, but today this group makes up less than one percent of the Rwandan population (Newbury, 1995, p. 12). There is debate about the timing of the migrations of the Hutus and Tutsis into that land, but throughout history, these two groups have gone back and forth for positions of superiority within Rwandan society. As Newbury writes, “By the end of the colonial period in Rwanda… most of those who were powerful and wealthy were Tutsi” (Newbury 12). Contrarily, the Revolution of 1959 represented the end of Tutsi superiority to many Hutus. This mindset led to the deaths of many Tutsis as well as a mass migration of Tutsis out of the country.

In 1973, Juvénal Habyarimana came to power, and with his regime came “increasingly harsh measures against its political opponents” (Newbury, 1995, p. 13). After the Rwandan Patriotic Army deserted their posts in Uganda and attacked northern Rwanda in October 1990 the Habyarimana regime started to target Tutsis within Rwanda. From there, ethnic identification pointed out Tutsis and unjust killings began to take place of so-called “traitors” (Newbury, 1995, p. 12). On April 6, 1994, Habyarimana was assassinated, and the official killing of Tutsis based on their ethnicity became enacted. Militia armies killed hundreds of thousands of men, women, and children in just a few months (Newbury, 1995, p. 13).

In looking at what caused this conflict to arise, a lack of positive peace and a society embedded with structural violence play two great roles. Positive peace refers to “the simultaneous presence of many desirable states of mind and society, such as harmony, justice, equity, etc.” (Barash & Wabel, 2014). It looks past conflicts of war between nations and questions whether or not a nation has internal peace and justice. Therefore Rwanda in the early 1990s, with its undesirable state of mind whose “goal was to liquidate Tutsi and any moderate Hutu who were seen as opposed to the Habyarimana government” (Newbury, 1995, p. 12), qualified as a nation without positive peace. Harmony was nonexistent as a civil war took place, and only injustice can be seen at a government who willingly mass murders a group of its citizens based on their ethnicity and their opposition to the government’s extremism. As Newbury puts it, “the ethnic conflict of 1994 was simply state-sponsored terrorism against its own citizens” (Newbury, 1995, p. 13). This line clearly depicts the difference between negative and positive peace because it shows that injustice can occur within a society to the same degree that it can occur between societies.

Much of the need for positive peace came from the structural violence that existed within Rwandan society at the time. Barash and Wabel (2014) write, “Structural violence usually has the effect of denying people important rights, such as economic well-being, social, political, and sexual equality; a sense of personal fulfillment and self-worth”. Even before the blatant physical violence began to take place, social and political equality had never been achieved throughout Rwandan history for Hutus and Tutsis. Even the right of the Tutsis to live was nonexistent in the eyes of the government, which led to the genocide. An example of regulated structural violence that existed before the reign of Habyarimana was the ethnic identification on identity cards during the colonial period. This differentiation encouraged divisions between Hutus and Tutsis by “actively favoring Tutsi in access to administrative posts, education, and jobs in the modern sector” (Newbury, 1995, p. 12). Considering the lack of positive peace and the existence of such strong structural violence within the state, it is understandable that something as horrific as genocide came to take place there.

Despite the obvious reality of injustice at the time, American leaders ignored some facts about this conflict and fed American citizens their own version of the truth. After the first attacks that took place in April 1994, many Americans denied that these attacks had been planned ahead of time. Newbury (1995) writes, “We know now, and many observers of Rwanda knew from early on in the conflict that the massacres … had been carefully planned” (Newbury 12). Americans did not want to admit that the issues taking place were as bad as they truly were, “even refraining from using the term ‘genocide’ in official statements” (Beswick, 2008, p. 515).

This deviation of what American officials would say from what actually happened showed a need for citizens to have a sociological imagination. As Mills (1959) puts it, a sociological imagination “enables [its possessor] to take into account how individuals, in the welter of their daily experience, often become falsely conscious of their social positions” (p. 5). After realizing the existence of false messages that permeate any society, a person with a sociological imagination can search for what actually is happening to himself and those around him. This way of perceiving the world allows people to stop taking what media, news reporters, and politicians say at face value and instead allows them to find objective truth about what goes on in the world. In other words, having a sociological imagination at the onset of the Rwandan genocide would have stirred questions among American citizens to whether or not the American government was being completely forthcoming and could potentially have changed the course of action that America took at that time.

Some individuals in America during the 1990s did possess a sociological imagination, including Samantha Power, a human rights activist and journalist who now serves as a United States ambassador to the United Nations. Power wrote a book titled “A Problem from Hell: America and the Age of Genocide” in which she “traces the development of the concept of genocide… along with the repeated failure of the world, and particularly the United States, to prevent such horrors” (Kaufmann, 2002, p. 142). Her ability to separate what American society accepted as fact from what actually was going on in the world, as well as her motivation to change that inconsistency, illustrate her sociological imagination.

One change Power argued for was the United States to lead other nations in an intervention against the mass killings in Rwanda. Despite having an unmatchable military that “spends more on defense than all other nations in the world together,” (Bacevich, 2005, p. 17) the United States had no desire to utilize that military for the aid of the Tutsis. Kaufmann writes, “The United States not only did not halt the killing but actively prevented other willing powers from taking effective action” (Kaufmann, 2002, p. 143). After Hutu soldiers killed ten Belgian peacekeepers, “The United States advised pulling out and also played a decisive role in persuading the UN Security Council to cut the strength of the UN Assistance Mission for Rwanda from 2,500 to 500 just two weeks after the genocide began” (Kaufmann, 2002, p. 143).

Not only did the United States choose to turn the other cheek, US representatives advised the UN to stay out too, letting injustice reign and mass murder to continue. The lack of intervention by the United States is especially ironic in light of the militaristic, even imperialistic, state that it had become. Powers questions why “the Clinton administration, which entered office more committed to humanitarian intervention and a moral foreign policy than any U.S. administration since World War II wound up standing by and watching” (Kaufmann, 2002, p. 143).

Militarily throughout the past century, America has not hesitated to get into foreign conflicts that satisfy its own violent interests. After Al Qaeda attacked on September 11th, America chose to engage in war against Iraq who politically had nothing to do with the attack because Americans were hungry for action. Similarly, when America feared the spread of communism, it sent troops to Vietnam to little avail. Despite these eager military actions, America hesitated when the United Nations had a responsibility to intervene in the name of peace in the Rwandan genocide. The issue was that American leaders possessed a vision of “a United States whose military power was so awesome that it no longer needed to make compromises or accommodations with any other nation or groups of countries” (Bacevich, 2005, p. 203). The majority of America viewed itself as untouchable and created its own mission to democratize the world meanwhile ignoring great injustices that actually called for intervention.

Rather than engaging in a “War on Terror” or initiating unnecessary conflicts around the world just to show off its militaristic superiority and instill fear in other nations, the United States should use its military to aid the United Nations when states allow the mass murder of innocent civilians to take place. A military should not be used for unnecessary violence but for maintaining peace, instead. Bacevich acknowledges this in his proposal to remedy American militarism saying, “It emphatically would permit the United States to participate in- indeed, to play a leading role in organizing- multilateral efforts to put a stop to horrific events such as genocide or ethnic cleansing” (Bacevich, 2005, p. 211). He highlights the importance of uniting with other nations to intervene, but he admits the United States could even play a leading role.

Instead of this ideal path of action, “the lack of any rapid, efficacious international response when the killings began is one reason the death toll from the genocide was so great” (Newbury, 1995, p. 16). An international security system is necessary to prevent structural violence and the lack of positive peace from culminating into something as horrific as genocide, but that is very different from an imperialistic American police force engaging in random acts of violence for the sake of American ideals. In order to remedy conflicts like the one between the Hutus and Tutsis, positive peace must be sought, and a sociological imagination must be engaged.

Beswick, D. (2008). One hundred days of silence: America and the Rwanda genocide by Jared