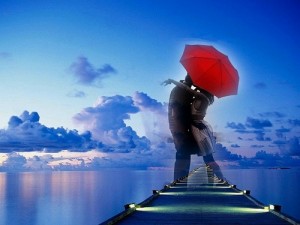 Payton is a sophomore Marketing and Philosophy major from Rolla, Missouri. In her free time, she likes to travel and has an interest in photography. She wrote this paper for her English 1000 class when prompted by her teacher, Dr. Bonita Selting, to write about a topic she felt passionate about. Payton feels that organ donation and education of the topic is something that should be prioritized in America.

Twenty-one people in the United States die each day while waiting on the organ transplant list. One organ donor can save eight lives. That being said, it only takes three people a day to donate their organs upon death to turn the number that die waiting into zero. Considering around seven thousand people die each day, and only thirty percent of them are on the registry, there is a surplus of useable organs going to waste. Many doctors and government officials are working to increase the number of the people on the registry. Presumed consent is one of the solutions suggested. Under this new law, instead of opting-in to become a donor, citizens would have to opt-out if they did not want to donate. If this new law were in place, however, it would raise many questions. Is it unethical to have the government say you must fill out paperwork or they will take your organs upon death? Or is it ethical because the government still gives you the option to refuse? I believe presumed consent is ethical because the government is not taking away your right to refuse donation. However, it is only a reasonable solution if the government provides the opportunity to be educated on donation. Without the education to back up the new law the donation rates will fail to increase.

Often times there are many misconceptions on what it means to be an organ donor. For example, many people think that putting your name on the registry means that if you are in the hospital the doctors will not try to save you so that they can take your organs. This is not the case. Doctors do everything to keep you alive, and only take your organs once you are officially dead. Another misconception is that some religions prohibit organ donation. According to the Mayo Clinic (2013), most major religions comply with organ donation. The only religions that do not endorse it are Gypsies and Shintos. Every other religion either encourages it or leaves the decision up to the individual (Religion and Organ Donation). In addition to these two main concerns, there are also a few wild concerns people have about becoming a donor.

However, when I was fifteen, I asked my friend if she had signed up to be a donor when she got her permit. She quickly replied “No!” Upon further questioning, she revealed that she believed if she signed up to be a donor, the government would call her on the phone if they needed her organs. I reassured her that is not the way it works, and they would not take her organs until after she passed away. This knowledge eased her fears and she decided to become a donor when she got her license. All of these concerns people have about organ donation show that the government is not doing a sufficient job educating the public about the process of organ donation. If the government were to have ads about organ donation that cleared up any misconceptions or to incorporate information into public school’s education, the donation rates would most likely increase. It seems that most people do not join the registry because they do not understand how it actually works, and this is easily fixed with a little information.

Despite America having the third highest donation rate in the world, only twenty-six people per million donate their organs upon death. Spain’s rate is thirty-six people per million, and although that is only ten people per million more, I feel we can learn ways to improve our system from Spain. In Spain, they have a presumed consent system, but work to educate the public on the process so that the families are willing to donate their loved ones’ organs. If the families deny the donation, the doctors do not proceed with it (Badcock, 2015). Even though the family still gets final say on if the organs will be donated, the rates are higher because Spain educates their citizens on the process. When they were reforming the system, they decided to spend the money on education and advertising. Their donation rates went up fourteen percent, so it would seem that their education and advertising worked (Bramhall). Just like my friend who was fine with donating her organs after she found out how it works, Spain’s citizens are the same way. If they understand the gift they are giving and how there are not any cons to donating, they usually will consent. However, there is debate whether the same practice would work in America.  Professor John Fabre (2014) claims that “if [in America] the consent of the family remains a requirement, the situation is little different from the current system, and the legislation is unlikely to make a discernible difference” (p. 568).

However, if this system works in Spain, there is no reason to believe that it would not work in America. As shown through my friend and Spain, most people do not have a problem donating their organs after being informed. The United States government currently puts very little effort into educating the public, and that is why our consent rates are so low. If the government got involved instead of letting non-profit organizations do all the work, the donation rates would increase because many more people would be informed. For instance, every public school in the United States were to incorporate organ donation into their state-mandated health classes, organ donation would become a more common topic, and many teenagers would be willing to enroll in the registry when they obtain their permits or licenses. All in all, education is key to making a presumed consent system work without going against a families wishes. As Kershaw, Nunemaker, Hinds, and DeCosta (2011) point out, “If reform options were implemented without a well-funded and strategic public relations campaign, actual improvements will be minimal” (p. 3).

There are multiple countries that operate under the presumed consent system, yet do not share Spain’s success. For example, when Brazil implemented a presumed consent law, it caused a backlash. According to David Orentlicher (2008), “When Brazil tried to implement a presumed consent regime in which objections could be lodged only by individuals for themselves, it provoked a backlash among the public, leading many people to refuse donation” (p. 327). In other words, when Brazil made the law so that only the individuals themselves had the right to say they did not want their organs removed, the citizens were enraged and removed themselves from the registry. The presumed consent law did not work because Brazil did not inform the citizens of how organ donation just worked, they just said “We are going to take your organs unless you say we cannot.”

There are other ways that are being tried to increase organ donation rates. For example, in the United States there is Donate Life and the American Transplant Foundation, both founded in order to increase the number of people on the national registry. These organizations focus on the education aspect of donation. Through advertisement and other means, these organizations add many people to the registry that may have not joined otherwise. In 2014, Donate Life increased the percent of people on the national transplant list to forty-eight percent (Fleming 2014). Without organizations that have the goal to increase organ donation education, the number of people on the registry would greatly decrease. Although these organizations help, they are not enough alone. Without government involvement, the donation rates will never increase enough to ever fix the ever-growing problem.

In conclusion, the only way to prevent the deaths of the twenty-one who die each day waiting on the transplant list is to instate a presumed consent law in addition to government-funded education and advertising. Countries such as Brazil show that presumed consent alone is not enough to fix the ever-growing problem. Organizations in America such as Donate Life confirm that underfunded organizations cannot reach enough of the public to solve the problem. Combined, however, you would cover all areas and eliminate any way of a person not easily having the opportunity to donate their organs. Families of deceased would understand why organ donation is so important and be much more willing to donate. If America reformed its’ organ donation processes with those previously listed, the twenty-one who die each day could easily turn into zero.