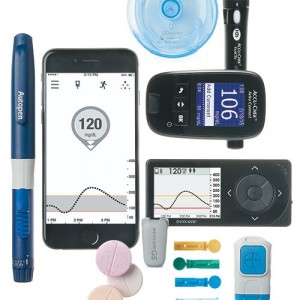 elling studies performed in 2005, the prevalence of the disease, diabetes mellitus, could be found in over 20 million Americans, and the amount was perceived to increase significantly in coming years to create a hardship on the medical community. (Deshpande et al., 1254). This disorder, which is characterized by high glycemic levels of the blood due to insulin irregularity, has been affiliated with several, serious medical complications that can be detrimental to different organ systems, including the cardiovascular, neurological, and renal systems, and has been associated with increased mortality rates as a result of the ailment (Deshpande, 1254). Due to its pervasiveness in society, diabetes has been extensively studied in search of proper treatments, and a possible cure, for its complications.

For many years, different studies have been performed for potential methods in order to reach independence from insulin in diabetic patients. One prospective treatment, known as islet cell transplantation, has been examined as a possible method for treatment of severe diabetic symptoms. This technique, involving the transplantation of islet cells, which are responsible for producing insulin in vivo, into patients suffering from severe type 1 diabetes in order to combat their lack of insulin, has been seen as a controversial treatment method due to possible negative side effects and difficulty in obtaining necessary components and resources for effective procedures. However, there are also many positive consequences that can be achieved for patients with diabetes who undergo this treatment. When taking into consideration both the negative consequences and possible benefits of islet cell transplantation in treating patients with type 1 diabetes, it is clear that the technique is an effective method, because it has become an increasingly safe procedure as treatment, can minimize the severe complications associated with diabetes, can help improve a diabetic’s quality of life, and can lead to the possibility of a cure for the prominent, detrimental disease.

For a patient suffering from type 1 diabetes, the more severe form of the disease, the cells necessary in producing the body’s natural supply of insulin hormone, which lowers the blood glucose level, are destroyed by an autoimmune attack. This can result in hyperglycemia, which is an increase in glycemic levels, and many other complications associated with this state (Deshpande et al., 1255). Upon insulin’s discovery, scientists were able to administer it to patients suffering from diabetes and help them achieve homeostasis. While insulin therapy treatments have been utilized for many years to reduce the possible side effects of T1D, it is a temporary method, requires constant injections and close monitoring of glycemic levels, and includes the risk of hypoglycemia, a state of severely decreased blood glucose levels that is dangerous due to the necessity of glucose for normal organ function (Bassi and Fiorina, 358). With this in mind, significant research has been performed in finding alternative treatment methods. A transplant of the entire pancreas has often been found to create normal glycemic levels, but it also brings with it several complications associated with major surgery (Agarwal and Brayman, 91). Because the endocrine portion of the pancreas, which contains the islets and is responsible for producing these cells that secrete insulin, is only a small fraction of the functional pancreatic tissue, replacing the entire pancreas is not essential (McCall and Shapiro, 83). This concept allowed scientists to turn to the possibility of replacing only the necessary components: islet cells.

The complex topic of islet cell transplantation has been investigated for a profuse amount of years, and often struggled to gain momentum in its confidence as a remedy for diabetes due to varied results and technical issues. While there were some successful experiments in transplanting islets for normal blood glucose levels, many early clinical tests of the technique struggled to reveal any effective results for total, lasting insulin independence over time. However, as time passed, improvements in the methods of collecting the islet cells, along with the first reported incidence of true freedom from insulin necessity, sparked further interest (McCall and Shapiro, 84). With the introduction of the “Edmonton Protocol” in 2000 that dealt with the problem of toxic immunosuppression following transplantation, there were more successful outcomes (McCall and Shapiro, 84). Due to increasing success in islet transplantation in recent years, and improvement in its techniques and understanding of the procedure, it has become a frontrunner in alternative treatments.

When considering the procedure used in islet transplantation, along with the consequences of these techniques relative to other methods of caring for harsh diabetic symptoms, the advantages of using this treatment are clear. This therapy method does face certain obstacles in order to be correctly performed. In order to obtain the necessary amounts of islet cells from donor pancreases, there are extremely strict qualifications and specifications of the donor for the cells to be effective. These can include a certain age range of the donor, the amount of fat in the pancreas, normal glycemic levels of the donor, and a lack of general health issues of the donor. Due to the label of islet cell transplantation as experimental treatment, it can be difficult to gather a sufficient amount of donor organs. Furthermore, each pancreas only allows for isolation of a limited number of cells, and patients have needed more than one transplant in order to experience effective result. However, with growing research and exploration in these techniques in recent years, along with the foundation of the Edmonton Protocol and new protocols that focus on using one donor to transplant successfully, the amount of viable cells obtained is steadily increasing, allowing for more and more transplantations and successes (Shapiro and Shaw). Furthermore, islet cell transplantation is deemed a much safer procedure than replacement of the full pancreas due its minimally invasive nature and diminished number of post-procedural complications. After undergoing transplantation, patients require immunosuppressive allotments in order to preserve the new cells. In the past, the protocol for immunosuppression was very toxic to the patient, and counteracted the positive consequences of the transplant. However, with use of the ideas in the Edmonton Protocol, removal of corticosteroids in this crucial treatment notably lessens the issues of immunosuppression (Bassi and Fiorina). With recent advancements in islet transplantation processes, the treatment’s repercussions markedly lean toward more positive outcomes.

Together with improved procedures, islet cell transplantation can result in many beneficial results for the diabetic patient to alleviate symptoms. One of the most imperative advantages includes the reduction of hyperglycemia in subjects without the obligation of constant injections of insulin doses (“Pancreatic Islet Transplantation”). Moreover, a curtailment of hypoglycemic episodes can be achieved through transplantation of viable islet cells (Shapiro and Shaw). These two results can lead to a greater number of type 1 diabetics experiencing homeostasis for proper body functioning. Patients who suffer from a severe form of diabetes are exposed to an increased prospect of experiencing secondary complications from the disease due to the high glycemic levels. This includes an increased risk of cardiovascular diseases, nephrology, neuropathy, and retinopathy, which all can have devastating consequences on proper organ system function. With improved control over blood glucose levels achieved by the implantation of viable islet cells, these risks can be dramatically reduced (Bassi and Fiorina). As islet transplantation techniques continue to improve, along with its benefits for improving homeostasis with glycemic levels and abilities to reduce, and even prevent, dangerous organ system complications, the mortality rate associated with diabetes can prospectively decline.

In light of the conceivable benefits associated with islet transplantation that can lead to better control of glycemic levels, reduced risks associated with too little or too high blood glucose, and lessened risks of organ system problems, the quality of life of T1D victims has the potential for improvement. The treatment has the possibility to relieve patients of the responsibility and burden of constant insulin injections and checking of blood glucose levels. Moreover, it can reduce hypoglycemia unawareness among sufferers, which is a dangerous state, and allow for relinquishment of the fear of developing hypoglycemia (Bassi and Fiorina). This can also be true with the minimization of other diabetes-related complications among the body’s organ systems, and can allow for their normal functioning. Islet transplantation could lead to a better state-of-mind for those who suffer from the disorder. Based on the possible improvements in the daily lives of victims of severe diabetes by the induction of islet cell transplantation, the psychological burden of the disorder has the potential to shrink.

Owing to the increasing presence of diabetes all over the world, the need for an effective means of treatment, and possible cure, is becoming more relevant in medical research. While the main method of treatment, insulin injections, allows for relief from symptoms, it does not provide any long-term hope in curtailing the disorder’s pervasiveness in society and harsh complications. Islet cell transplantation, however, has the possibility to become a lasting antidote that can lead to a better quality of life and reduced risk for complications (Bassi and Fiorina). As new technology continues to arise, the amount of successful transplantations, those with subjects that experience insulin-independence and strict glycemic control, is increasing exponentially. In order for this method to become established in society as a common treatment, better islet procurement and further success in single-donor use for the transplantation are needed, and are current areas of study. Future goals of the procedure are for the elimination of insulin injections as temporary treatment of T1D, and possibly even severe type 2 diabetes, and the establishment of a safe cure to one of the world’s most prominent diseases.