I never really did belong anywhere.   Of course, the minute I say that I’ll be ambushed with the appalled exclamations of “How could you say that? That’s not true!” from anyone close enough to be within earshot, but it is true.  Floating around, drifting in and out of people’s lives, moving from one place to another—it’s all very familiar to me.  I used to hate that about myself because of all the loneliness that comes with that kind of lifestyle, but solitude has grown to be a close friend of mine.  And I have my childhood to thank for that bond completely.

I have moved a total of four times in my life.  One of these moves was a repeat location, so I’ve only lived in three different places, but regardless, I’ve moved four times.  All before the time I turned eight.  Three places—Japan, Alaska, and Illinois—all separated by thousands of miles, totally different climates and their own unique cultures.  I was destined to be a lone traveler from the very beginning.

But the fact is, when faced with the question of “Where are you from?” more than one answer is never really acceptable.  You have to have one hometown, one place where you really grew up.  It’s a hard question to answer when you’ve spent half of your current life moving in all different directions like I did.  If I had to narrow it down to one place though, I know where my heart lies.  And for me, that place will always be the city of Belltown.

The funny thing is – I didn’t even live in Belltown.  Not really anyway.  In 2008 I moved to Springfield, an isolated rural town seven miles southwest of Belltown that boasts of an exclusive 4000 people in total and one singular four-way stop whose blinking red light never quits.  Why say I’m from Belltown, then, if I didn’t live there?  Well, you see, what may seem like a mindless ten-minute drive to most could not be more of the opposite for me.  Ten minutes is everything.  Ten minutes makes the distinction between the upper-middle class and the borderline impoverished; a town of predominantly German, closeted racists and a town of racial and cultural diversity; the ideal American rural-suburban dream and the “run-down” or the “ghetto”; the prejudiced and the judged.   The choice of which to claim will always be easy for me.

My family ended up in Springfield because my father had found the low crime rates and high property value to be attractive, and he needed to have a somewhat reasonable commute to the Air Force base.  It seemed like a totally rational decision on paper. We were new to the area and had no connections, no way to know about places’ reputations or their qualities that weren’t advertised as strongly.   Nonetheless, I was forced into an environment unwelcoming of nearly every aspect of who I am now.  Springfield is religious intolerance.  Slut shaming.  Body shaming.  Springfield is homophobia, gossip, and privilege and the physical embodiment of every piece of stereotypical high school satire continued on into your thirties, forties, and fifties…. It’s generational.  It drove me to a point at eleven years old that no child should ever reach.  I was naïve and lonely enough to let it turn me into someone I hated for a long time.  But in the end—the very end—it forced me to find my own voice.  It forced me to find value in myself, my real self, because no one else in that town ever would.

This is not to say I didn’t have friends or have some good experiences there; from the outside looking in, Springfield looked like a Midwestern paradise for any family and any kid, and there was a reason for that.  I will say the wealth of that village allowed my middle school to thrive.  As a result, I came into high school with a great background education in comparison to that of some of the kids from the other feeder schools.  And I had “friends” that came and went through the years, some I would have even considered to be very close to me.  But in reality, these friends treated me horribly.  I was made fun of and ignored and blatantly humiliated countless times because my interests and identity didn’t fit inside the confines of what Springfield demanded that I be.  If you didn’t fit into the cookie-cutter image of the standard and ideal Springfield citizen, there was no place for you.

But Belltown – Belltown was different.  Almost eight times the size of Springfield and just as many times as diverse, it taught me so much about the world that no textbook or media source will ever tell you.

Belltown taught me to never, ever judge a person without knowing their situation.  Some of the best nights of my life were spent driving around with my friends with no destination because of the lack of entertainment, money, or attractions, or in the basements of houses that would have been deemed forsaken by anyone in my real hometown, with people they would have assumed to be criminals or gang members simply because of the sag in their pants or the color of their skin.  I’ve found in my experience there that oftentimes the “delinquents” of society can actually be some of the best people, just misunderstood.

Belltown exposed me to the realities of life, that good people will be mistreated for bad reasons and that the nice guys finish last because they aren’t willing to do what their immoral counterparts will.  It gave me an understanding of why people turn to crime, drug use, or anything that’s discouraged by society in the first place.  Before Belltown, I was completely unaware of how prevalent social injustices still were or how closely they could affect my own life. It made me realize that white privilege was indeed a real thing, and money will always reign supreme over morality in the end. Belltown taught me to always try to make the best of things because that’s just what people in Belltown did.  No kid ever chose to live there.  Every childhood and life path was predetermined by the family they were born into, their income, their school district, and the system.  And they did everything they could to just make the best of whatever cards they were dealt.  Belltown bred survivors.

So yes, Belltown is where I call home.  It’s not a pretty place or even that safe necessarily, but it’s home.  I could resent it for so many reasons; there were still bad people there, too, and some of the lessons I was able to take away were learned in the hardest ways possible.  I remember daydreaming about the day I would leave Belltown behind forever countless times, but the longer I stay away and take the time to reflect, whether on my own or in papers just like this one, I realize just how much of myself I owe to that town.  The fact is, I would not be the same without it, and that’s what matters most when it really comes down to what “home” is.  To me, home is where you feel the safest, the most accepted, and the most comfortable as the truest version of yourself.  And to me, Belltown was just that.  Belltown was a mixture of every kind of person and circumstance possible, and I don’t think I would ever have been so sure about who I am or who I want to be if I hadn’t lived there.  Belltown isn’t perfect—but it will always be where I call home. 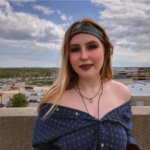 Emma Baedke is a freshman at Mizzou majoring in International Studies with a focus in the Peace Studies right now.  Her interests include social justice advocacy, art, music, and becoming fluent in Spanish.  She hopes to study abroad in the coming years here at Mizzou and increase her organization involvement on campus.