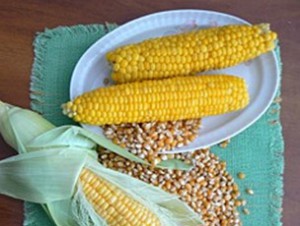 The Environment, Maize and the Human Genome

Corn, as it is today, is a result of a long history of humans changing the land, its flora and fauna. Corn produced today is the product of thousands of years of humans selectively breeding corn's ancestors for beneficial traits. The corn we are all familiar with originates from the domestication of a grass called teosinte, or grain of the gods by the early farmers of central Mexico between seven and ten thousand years ago.

The role of Buddhism in America is evolving towards being more visible and pertinent in modern times. In an age where life is becoming ever more demanding, individuals are taught that they are distinct, unique, and independent; they are told that they are separate from the rest of humanity and somehow not one with the rest of nature.

Thats-a-spicy-meatball! The effects of capsaicin on blood pressure and other processes in the human body

Human beings have always eaten a diverse cornucopia of foods. Among many types of foods, spicy food reigns supreme as the bringer of tears and a burning sensation in the mouth.

Obesity in America and its Children: Affecting the Lives of Millions

America is the land of plenty. Its citizens have more money, more jobs, more food, more technology, more land, more schools, and the list could keep going. They also have become a nation that is carrying around more weight. In the last half century America has turned into a nation with more than 60 percent of its population over weight, or more than 100 million Americans being over weight.

The Right to Life, Liberty, and Poetry

On the 20th of January, 1961, millions of Americans watched as young John F. Kennedy, only 43 years old, took the oath of office. On that same day 32 years later, the equally charismatic Bill Clinton was sworn in as the President of the United States of America. Throughout the years, this simple passing-of-the-torch ceremony has been adorned with fancy dinners, parades, and poetry. 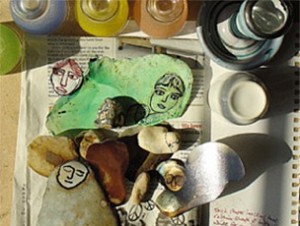 All Mizzou students have one important thing in common: they are writers. Thanks to the writing intensive courses across the University, students have the opportunity to experience different writing situations in every discipline. Mizzou students learn that different writing contexts demand different sets of strategies. Not only does the content change, but the way research and arguments are presented also change. The essays featured in Artifacts Issue 3 reflect the variety of writing that Mizzou students create every day. From technical reports to historical research to literary analysis, these essays are all snapshots of the Mizzou writer at work.

Discovering the District: A Look at the History of Downtown Columbia

In 1928, women wearing bright dresses, silk stockings in every color of the rainbow, and bobbed hair could be seen strolling down 8th street next to men wearing Panamas hats and buttoned waistcoats. They were well on their way to an elite party celebrating the opening day of the newly erected Tiger Hotel. This was the hotel that people had never before even dreamed about.